Aberration - A Dev Log of my Ludum Dare 51 Entry

This is the story of my first Ludum Dare game jam (I participated in the compo category where you must develop a completely original game - original gameplay, art, sounds, code, etc - in 48 hours as a solo developer).

The text following the title screen image below is a combination a couple of blog posts I wrote on the ludum dare feed soon after finishing and submitting my game. I am reproducing those posts (with some small edits) here on results day (posted at the bottom). You can see/play my game here.

It's done! My first ever game jam, first ever game built with unity (or any engine for that matter), as well as many other firsts, and I'm exhausted. After spending the first few hours of the jam still fumbling through bought but lightly used Udemy courses in unity, trying to figure out how I'd implement some basic mechanics, I'm somewhat shocked I managed to get something done on time. It's no masterpiece but it's something.

The unity project started out as something reasonable but quickly morphed into a spaghetti monster that if hunted would provide enough to feed the whole of Italy for a month. Drag and drop components into various script fields, access variables across objects like everybody's variable belongs to everybody (comrade), but in the end it all somehow kinda works.

Made fairly heavy use of UI components without really having any ideea how they work and it almost got me in the end. Had my Game view setup to the ludum dare embed resolution the whole weekend only to find out about 20 minutes into the submission hour that a bunch of stuff no longer aligns on any resolution not exactly matching that resolution (and the embedding does not enforce anything). Thankfully managed to fiddle with the project settings enough to generate a build with the specific LD resolution constraint and no webgl full screen bar. The Simpson back fat meme is real.

While I was fully aware of how you must always reduce your scope cuz you aint gonna have the time, looking back on my original feature list, it's amazing how much I thought I could get done. I've never drawn a tile map before in my life and yet here I was planning a city level with buildings, and sidewalks, and hey if I have some extra time maybe some lightning for a cyber punk aesthetic. Yea right.

The jam theme was something I hated on Friday. It seemed gimmicky and not my kind of thing. I figured I would just do something random and ignore the theme. Forced myself however to try and think of something and in the end I'm quite happy with the direction it took me. We're flooded with information, notifications, subscriptions, pop-ups, etc, and I liked trying to shine a light on this ideea of overstimulation by taking it to the extreme. Even managed to get some kind of story out of it. Nothing I'd take to her parents of course, but something that could potentially grow.

From blank screen to finished game

You think you get too many notifications now? In the future you will get them every 10 seconds, and you will check all of them out. To not do so would be considered an aberration. This is where the jam theme took me for my submission "Aberration" (game page here - in browser ld embed playable) - my first unity game and gamejam ever.

Here is a simplified dev log in pictures and gifs:

Wire up the notification timer events and subscribers around 2 PM:

Not freezing Z rotation is never not funny:

Finally done with the two main "enemies" in the game: surveillance systems, and NPCs. Get too close and you get influenced back into mindless consumption.

It's getting dark outside, and I'm really questioning how the hell am I gonna turn the above into a game. Oh and I also want to build a separate mini game to simulate hacking surveillance terminals. Scrapping the minigame is not really an option as I need it to tell the story.

Play around with some lights and a trailrenderer and get something going:

It's getting late but at this point I feel I at least have the basic mechanics down. Close to midnight, I get started on some tile art. 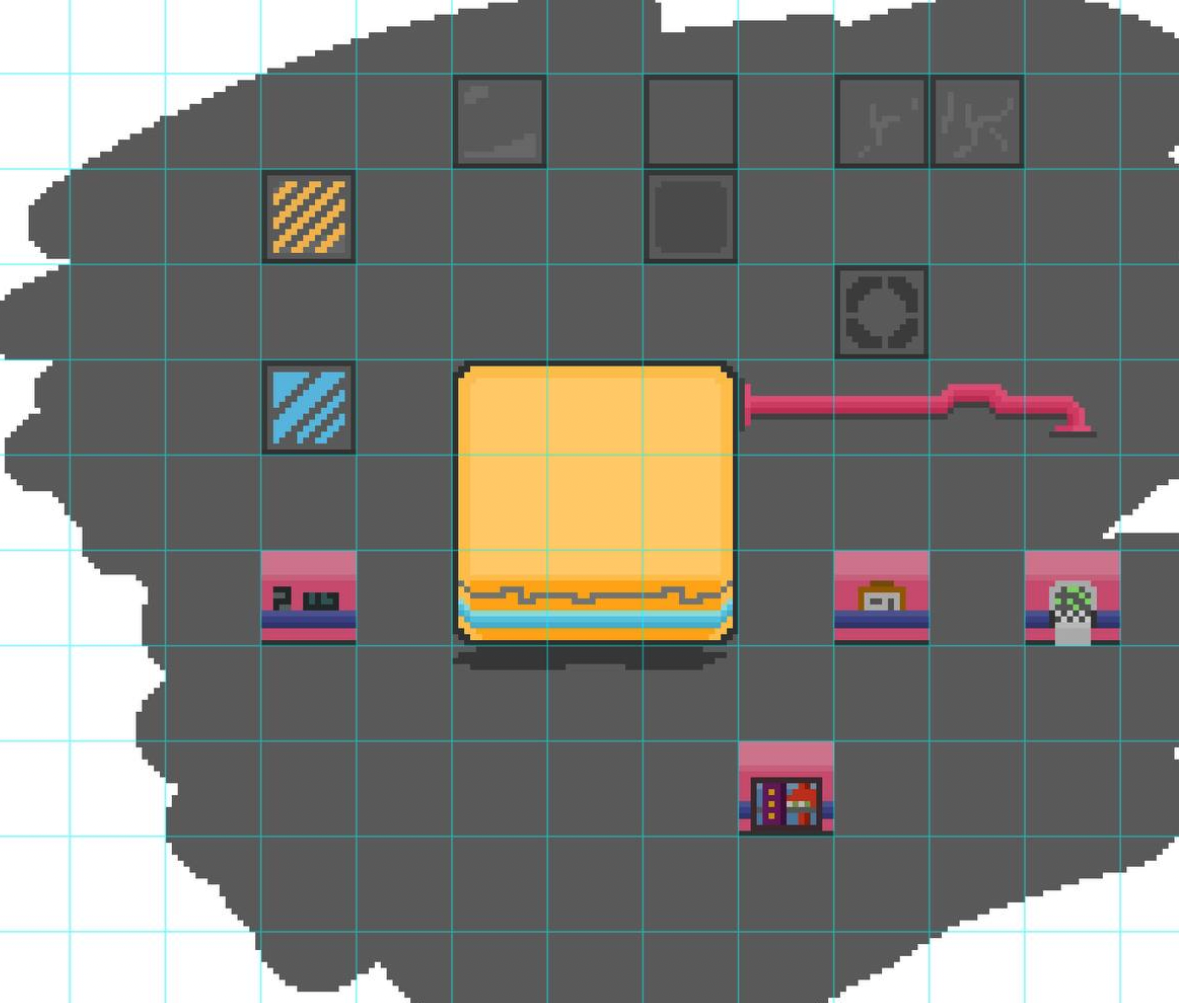 Moved on to characters. Thankfully 16x16px is not a lot of pixels, and I get a few characters done quite quickly:

Wake up feeling optimistic, I have most of the pieces in place and should be able to combine them into something by the end of the day. 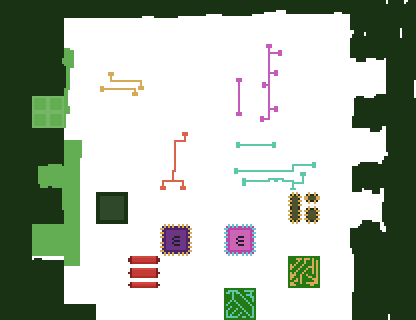 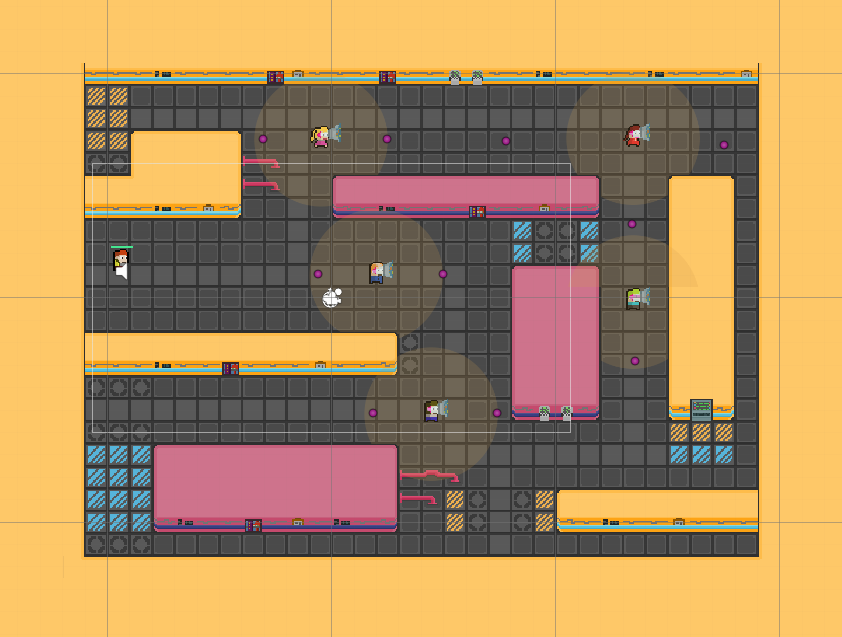 The rest of the day I fiddle with the editor, tile pallets, ui elements, and try and put everything together. End up with two levels two mini games and a decent amount of writing and story.

I get ambitious for my title screen art for all of about two minutes before I realise im never going to have the time. I do get the main concept done however and use it as a logo of sorts: 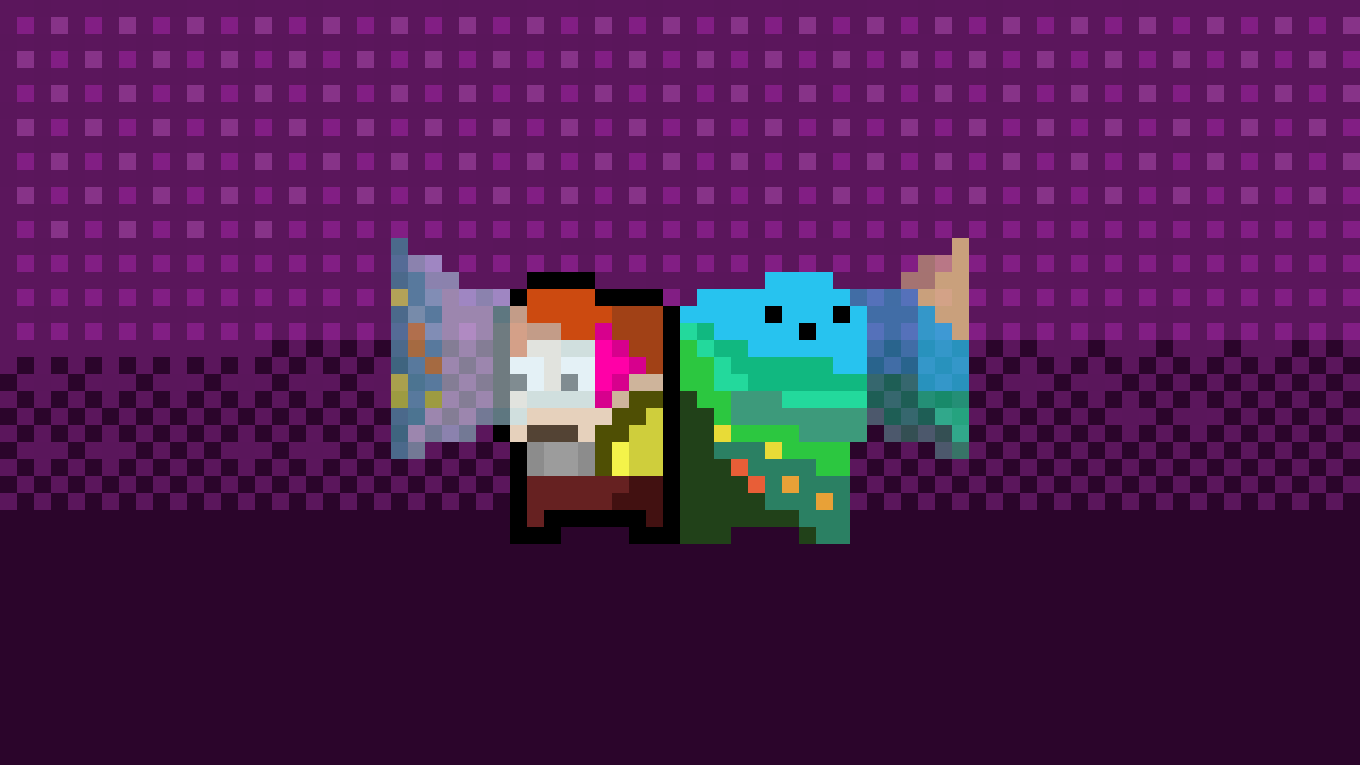 The reference I used for this title screen idea is this mural in Piata Romana metro station in Bucharest:

A bit of a case of Tinder Profile vs IRL here, in terms of quality :), but the mural did offer some good inspiration, and it's among my favorite pieces of art.

Finally with about two hours to go I get started on sound.

With 60 minutes to go I spend about 45 trying to get the webgl output to look good in the LD embed window and finally get it done.

The game scored well beyond my expectations, ranking somewhere in the top 25% or so by my estimates - I would've been quite satisfied scoring somewhere in the middle of the pack, but the game ranked well above that. I'm particularly happy about the high Mood rating as I did spend quite a bit of time on the story and overall message of the game - more so than gameplay - and it seems this resonated with people.

All in all, I am quite happy with the experience of my first game jam and my final creation. There's a few more things I could've gotten done had I spent more time before hand learning unity, but oh well. I did learn a ton in the process and had a lot of fun. I am looking forward to the next one, where hopefully I will be more prepared and manage to come up with something even better.